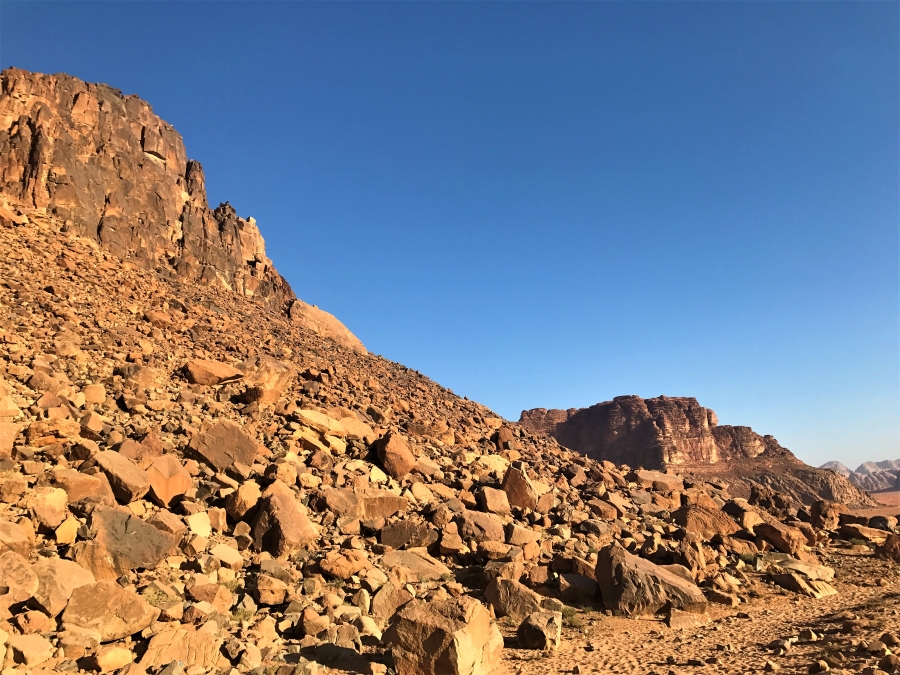 Travelling to Jordan, I was the most excited to visit the stunning natural landscape of Wadi Rum Desert. Our four-day trip included Amman, Wadi Rum, Petra, and the Dead Sea. I must admit, it was a bit of a rushed trip but it’s still one of my most memorable trips and I definitely plan on going back and spending more time there again.

We arranged our trip through Jordan Classical Tours and had a driver who was also our tour guide for our entire trip. There were four of us, all female. I think Jordan may sometimes be viewed as somewhere females should not travel alone to, but we felt safe the entire time and even made some friends along the way.

Wadi Rum Desert is a protected area, located in the southern part of Jordan, close to the Israeli and Saudi Arabia borders. It’s known for its pink-red sand dunes, 25,000 rock carvings and 20,000 inscriptions. With these stunning rock formations, it can feel like you’re not even on earth!

Wadi Rum Desert is known as the Valley of the Moon, but personally I think it looks more like Mars than the moon. In fact, numerous movies have been filmed in Wadi Rum Desert, such as Red Planet, The Last Days on Mars, The Martian, and of course the most famous Lawrence of Arabia. 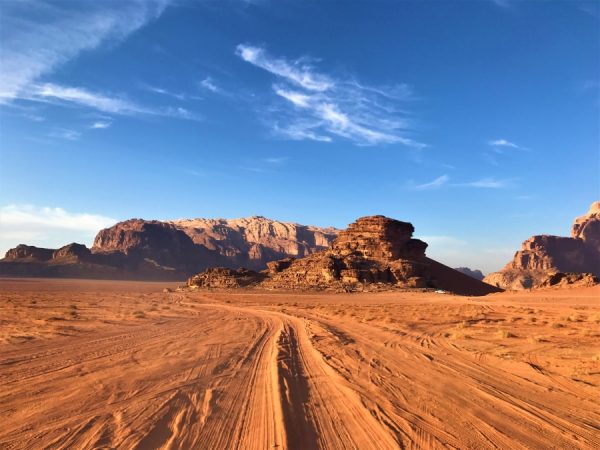 Our Visit To Wadi Rum Desert

After a short tour of Amman in the morning, we drove for four hours through villages, stopping along the way for shawarma and falafel of course!

As soon as we arrived at the Visitor Centre at Wadi Rum, three of us needed to use the washroom. We came back outside to find our other friend, a beautiful, tall blonde, surrounded by Japanese tourists, all queuing up to take pictures with her! While we stood around laughing, our guide rescued her and we were brought to our open 4×4 for our drive through the desert. 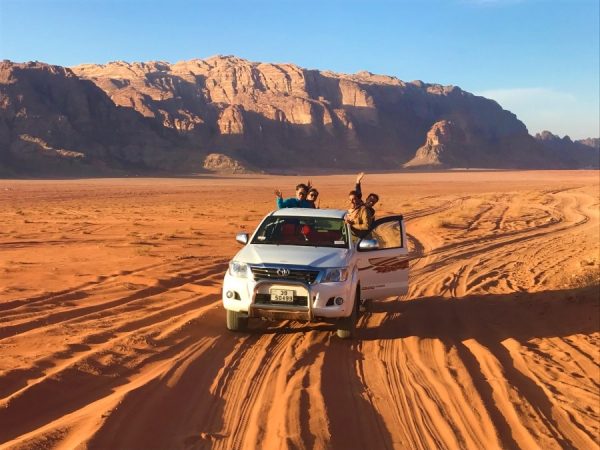 The first thing we saw as soon as we started on our drive was the spectacular rock formation of The Seven Pillars of Wisdom. The mountain was renamed this back in 1980 after the book of the same name by T.E. Lawrence. While only five pillars are visible from the front, the other two are tucked away behind. It’s the most photographed rock formation in Wadi Rum and is popular with hikers. Hiking The Seven Pillars is definitely on my list for when I return. 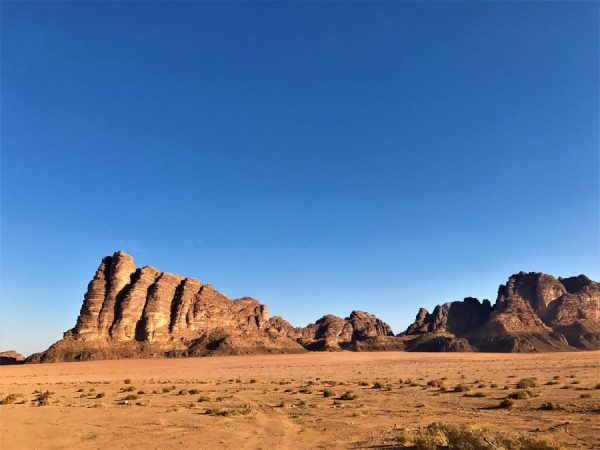 We then stopped at Khazali Canyon, a long, narrow canyon where the inner walls are covered with ancient inscriptions and drawings. I don’t think anything can prepare you for these incredible rock formations in the canyon.

Our guide told us to get the best view of the sunset, we should climb up to the top of the sand dune and watch from the top. Sure! It just looked like a bit of a hill, no problem. Out of the four of us, only two of us made it up the sand dune. For every two steps I’d take, I’d slide down another three! But wow was it worth it when we got to the top. It may not look all that high but look how small everything looks from down below!

We were a little early for the sunset, but the view was nonetheless worth the workout and we did catch some beautiful pictures of the sunset as we left to head for Petra for the night. 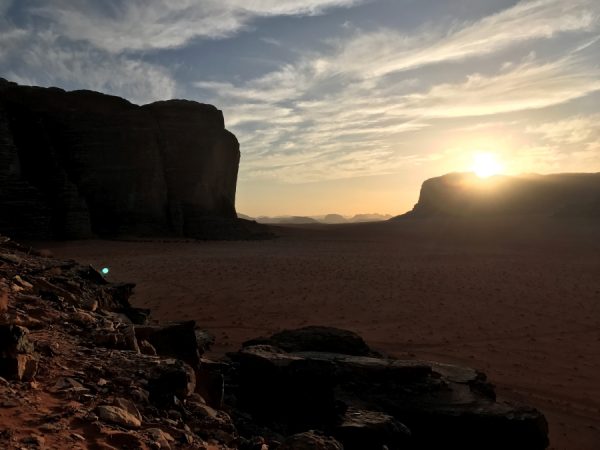 If you do visit Jordan, you simply must factor in a day in Wadi Rum Desert. My only regret is that we didn’t get to camp out for the night so try to fit this in if you have the time.

Need help planning your trip to Jordan? Check out some helpful planning links below!

Hi! I'm Ellie-M, creator and author of Ticking The List. My mission is to show you that your dreams don't have a timeline. You can do whatever it is you choose to do with your life, whenever you wish to do it.